I normally pick brand spanking new books for you to read, but I have been wanting to shake up some things so I thought I would start with my book pick.
This month I am going back to the bookshelves and dusting off an old favorite. I actually just re-read this one the other day and it is very good. 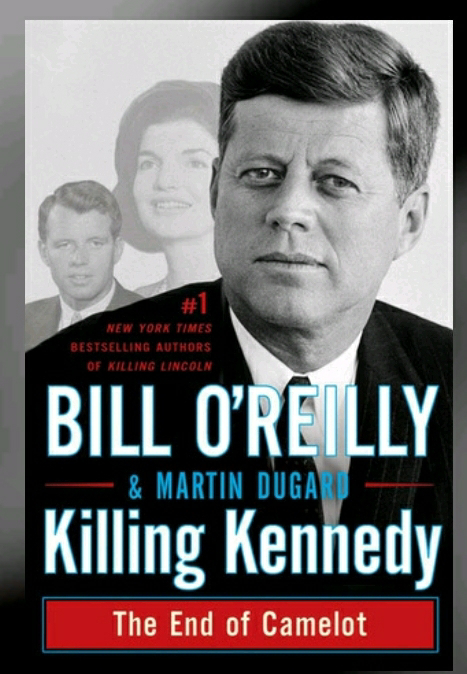 My November pick is Killing Kennedy by Bill O'Reilly.  Why pick a book from 2012?  Well, if you have read any of this series you know that they are all written like a book report, facts, facts and more facts; the text flows like a fiction book, you can read it quickly and still retain that history aspect.
Killing Kennedy will take you back to what made Jack, "Jack" and how he rose from the second son to the "chosen son".   You will also see a parellal world about a guy named Lee, who wasn't really a fan of his life, his country or much else. You will also follow a young Jack Rubenstein and his career and how proud he was of his country.   As time goes on you will see how the worlds collide in an almost countdown fashion.  You will learn things about these three men that you may not have known before.  There will be lots of suspence about that fateful week in November 1963 even though we all know how Camelot ended.
If you have read the book I encourage you to try the audio.  The audio adds another layer onto the tale and to me adds to the suspense.
If you like this one I encourage you to pick up any of the other books in this series. I do have a ranking system of favorites.
1. Killing Kennedy
2. Killing Lincoln
3. Killing Patton
4. Killing Reagan
5  Killing England
6. Killing the SS
7. Killing the Rising Sun
I am just now getting to Killing Crazy Horse and I have not read Killing Jesus.  I wish he would do one called Killing Roosevelt (and I would like one on each man),  Killing Garfield,  and finally Killing Aaron Burr.
"In short, there's simply not
A more congenial spot
For happily-ever-aftering than here
In Camelot."
Posted by Michelle's Musings at 8:49 PM No comments:

Killing England: The Brutal Struggle for American Independence by Bill O'Reilly
My rating: 5 of 5 stars

Posted by Michelle's Musings at 1:29 PM No comments:

Review: The Sun Down Motel

The Sun Down Motel by Simone St. James
My rating: 5 of 5 stars

Posted by Michelle's Musings at 12:24 PM No comments:

The Magician's Nephew by C.S. Lewis
My rating: 5 of 5 stars

Posted by Michelle's Musings at 10:55 AM No comments:

The Titanic Sisters by Patricia Falvey
My rating: 4 of 5 stars

View all my reviews
Posted by Michelle's Musings at 10:07 AM No comments: